In case you missed the Ring 216 action in November, here is a quick recap of the excitement.

The evening began with an informal pre-meeting workshop to review, practice, and discuss the  Garrett Thomas imagination coins routine covered in his workshop last month.

Then the main meeting began with a quick election of 2017 officers. We welcomed our new Sergeant-At-Arms, Thomas Busk!

The main event was Open Performance night. Ten people volunteered to do about five minutes each. Those who desired it received a few minutes of audience advice and suggestions. These discussions showed our ring at its best: helping each other learn, bantering about ideas and jokes, and having an overall great time.

These were the performers this night: 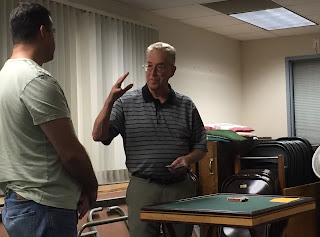 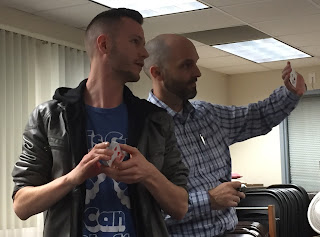 
This year's final competition, focusing on stage magic, will be held December 14th. There may be just one or two slots let for competitors, please contact David Martinez at president@ring216.org if you wish to sign-up to participate in the competition.
Posted by Stephen Michael Patrick No comments: