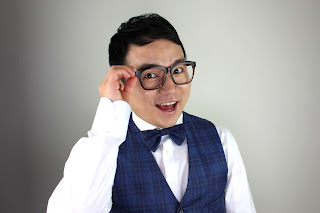 Jeki Yoo will share with you about his original Close up and Parlor, Stage magic. Each piece, you will also learn the performance tips, how to make, know how, etc.

And Jeki Yoo will also talk about how 3D printing helps him to develop his magic acts.

1. 4th dimension (His version of the Mylay Mystery by Jerry Adnrus)

5. Coin thru Bag (His variation on Michael Ammar’s Coin thru silk)

6. Rubber Band Stop (It was inspired by Alan Wong’s Stargazer Trick, A magician makes the shape using the rubber band, at the end, the rubber band become stiff)

After winning Asia's greatest magic contest, The Busan International Magic Festival, in 2006 as a high school student, Jeki began winning international contests like a comet. His magic was innovative, inspired other magicians, and roused applause from audiences around the globe with its fresh originality.

In 2009, Jeki won a close-up magic award from the International Brotherhood of Magicians, the world’s largest organization of magicians.

Since then, Jeki and his magic have wowed audiences in England, France, Sweden, Italy, Japan, China, and many other countries including Scotland where, as a member of SNAP, one of Korea’s biggest magic shows, he was invited to perform at the famed Edinburgh Festival.

Jeki has also graced the stage of the incredibly popular hit show America’s Got Talent. Over 13 million people watched him perform his own unique style of close-up magic before an impressed panel of celebrity judges. Even the infamous Simon Cowell was left stunned by what he had just witnessed. Though Jeki didn’t continue on in the competition, he left the stage having won the hearts of a nation. “Love your laugh”, “(F)reaking awesome”, “I love his giggle”, and “Jeki is so cool” are just a few of the comments that hit social media afterward.

Not only was Jeki able to leave with his head held high, but, he also left crowned with the title “cutest magician of all time” (courtesy of America’s Got Talent by way of Twitter)

The lecture will be live on Zoom. Link will be included in an email to paid members. 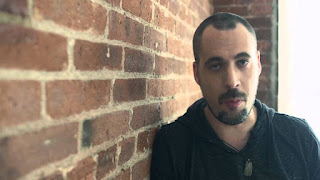 Join the Zoom call for 2+ hours of magic with:

Justin will share for the first time his groundbreaking creation/discovery Shadow Lapping.

Plus a 30-60 minute "Care to Share" session where you can show Justin what you are working on and Justin can give his feedback and suggestions.

Hey folks!
Wanted to give you an update about our club.
Due to low in-person attendance and high rates of COVID in the community, we are going back to virtual meetings for the next couple of months. We will postpone the flea market/auction until the fall, and we're looking to secure some fun lecturers for June and July. Stay tuned for more details.
Hopefully we can go back in-person for our regularly scheduled walk-around magic competition in August.
We hope you'll continue to join us online as we keep Ring 216 alive until we can get past the worst of the pandemic.
Thanks for understanding.
David Martinez
President, Ring 216
Posted by David H. Martinez

It was great to see so many faces last month. So guess what? We're going to do to it again for our May meeting!

Everybody is welcome to attend, including new magicians who have not paid their dues and want to check it out first.

8:45ish - Open performances... Show us what you've been working on!

Snacks and drinks will be provided

Yu-Ai Kai requires attendees to be vaccinated, including at least one booster. You will also need to sign a Covid-19 waiver.

We will bring a computer and stream the event live on Zoom. We tried this last time and we learned a lot about how to improve the experience for remote members. Please check your email for the Zoom link.

Hey, remember what it was like to meet in person? Guess what? That's what we're going to do on for our April meeting!

Food and drinks will be provided!

8:30ish - Open performances... Show us what you've been working on!

We will bring a computer and stream the event live on Zoom. But we honestly don't know what the experience will be like for remote members. This is an experiment and we are looking for ideas to improve.

The good news is that we believe Zoom lectures are here to stay. They are a great way to bring in big name magicians who can't travel all the way to us. Stay tuned for additional information.